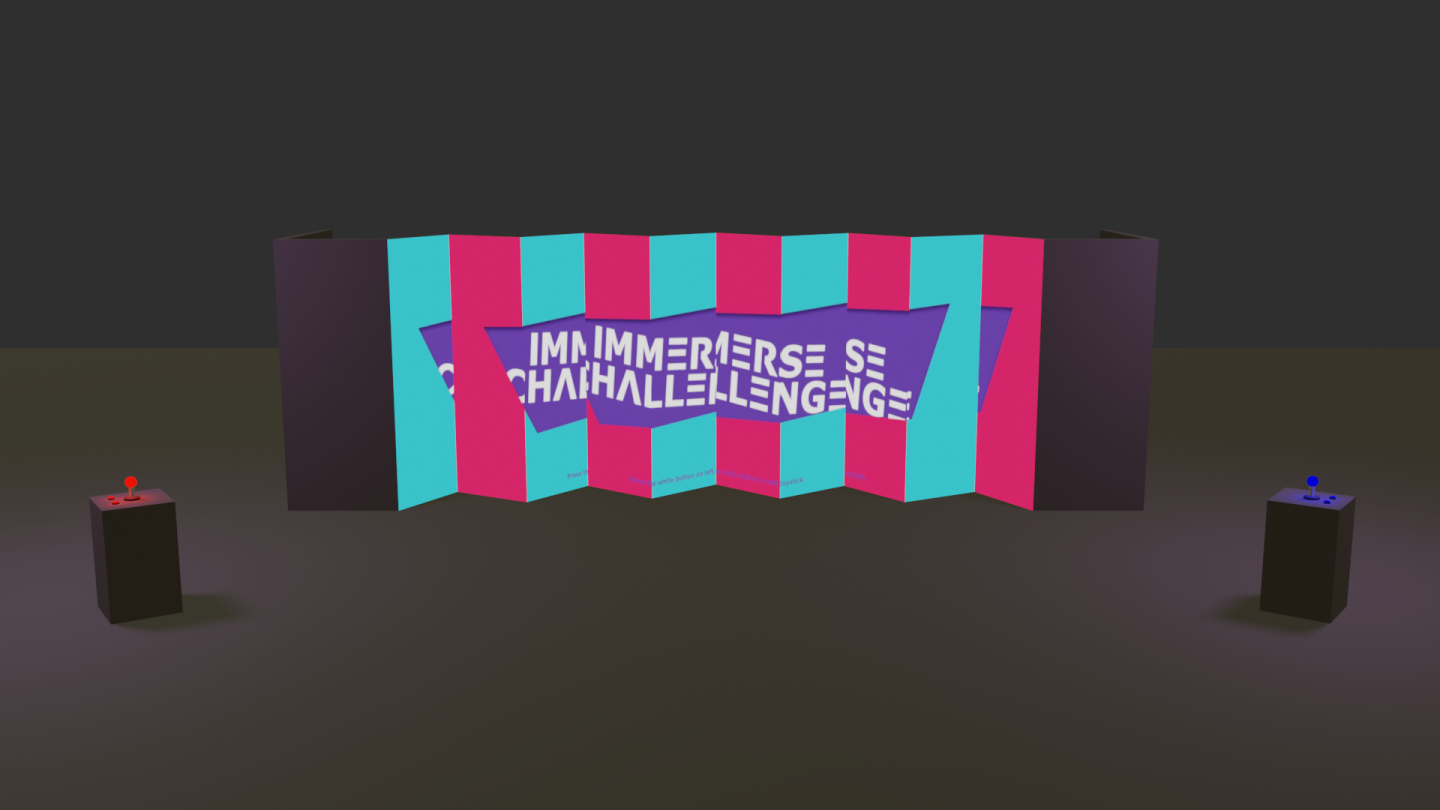 I worked with Touch Associates to design and develop a game that was exhibited in the "Immerse Zone" in the lobby of the Ted@Merck event 2019 in Darmstadt.

The game is a "bubble shooter" type of game in which two players compete against each other without seeing the other player's screen. By shooting special bubbles including the "Shuffle", "Bomb", "Wall", "Cloud", "Slomo" and "Swap" bubbles the player can directly interfere with the other player's game.

The screens are split up into 10 vertical LED panels that can only be seen from the angle of the two joystick control plinths.

The game uses design elements from the event branding, designed by Touch Associates.